The high, high price of free 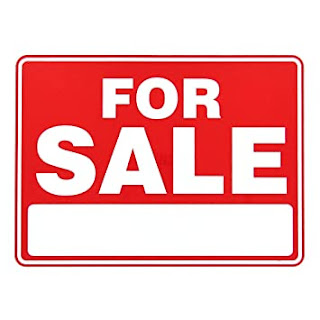 With everything that's going on recently, I thought I'd take a moment to talk about one of the less obvious pressures that I'm seeing at the moment. Many public-spirited entities, be they broadcasters, famous authors, musicians or whatever, have taken it upon themselves to offer their work for free to entertain everyone in these trying times. Now of course, that's great, and I'm sure all of us have taken advantage of that largesse in one way or another.


But there's another side to this, and it's a side that I, as what is sometimes euphemistically referred to as an 'independent author' find myself banging up against. Whatever sort of field you create in, one of the simplest ways to get that much-needed initial attention is to give people a taste of it for free. Maybe its the new cafe giving away free samples of coffee or little bits of their very nice cake. Maybe its a band letting people download some of all of their first album for nothing, in the hope of attracting people to their tour. Maybe (and we're getting warmer) its an author making a book free, or offering short stories and other content for nothing in order to attract readers to their work.

Now this boils down to simple competition and market forces, ultimately. A new author (band/ cafe/ etc) is an unknown quantity at first, and people only have so much time and money. Even if something looks interesting, you need to make it cheaper than the established stuff to have even a hope of getting anyone's attention, unless you can afford a massive advertising campaign starring Idris Elba or something. That's why the free giveaway is such a powerful tool- except when it isn't.

Right now, for example, someone could buy the ebook version of my first novel for £1.99, or the equivalent amount in their local currency. That's not much for something that took two years to write. Alternatively, they can go to the BBC Sounds app and have David Attenborough read books to them for nothing. Recently the Internet Archive began 'lending' people free copies of books they'd digitised
and not limiting themselves by the number of copies of those books that they actually had. Leaving aside whether or not the authors of those books actually see any payment for this (and as I understand it, they don't), try to imagine how infuriating it is for a new author to see people choosing to read the market leader in their field for free from such a service, rather than giving their own work the time of day.

I must admit, until I started (trying) to write books professionally, I didn't really understand why so many newspapers, radio stations and TV channels seemed to hate the BBC. But it must be incredibly frustrating to be trying to compete with a publicly-funded broadcaster that does literally what you do, but without adverts and for free. It puts my problems in perspective, for one thing.

That said, I'm certainly not one of those angry free-marketeers (ironic term is ironic) who'd rather the BBC and similar organisations be shut down to allow the private sector to breathe. After all, I get more benefit out of it than annoyance, as do most people. But what I would ask is that maybe the next time an established artist gives away a freebie, you try and take the time to look a little deeper and see if there's a struggling up-and-comer desperately trying to attract attention in their shadow. There probably is, and they just might need your help.

They might even be pretty good. Stranger things have happened!
Posted by Majere613 at 10:55 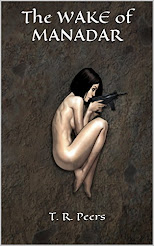 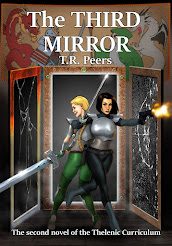 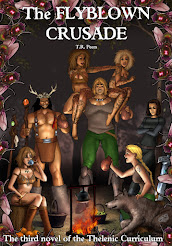